This year was The Munchkin’s first time Trick or Treating. (I guess it was The Bean’s too, but he just stayed in the stroller, so not really.) I had been working with him all week, trying to get him to say “treat” or “trick” since I didn’t think he’d be able to say “trick or treat” but he surprised me by saying “Trick-treat” after he heard a couple groups of kids in front of him yell it. My little smartie. So he would go up to a door, knock on it, and say “trick-treat” and then “tank you!” after he got some candy. I just about died of the cute. 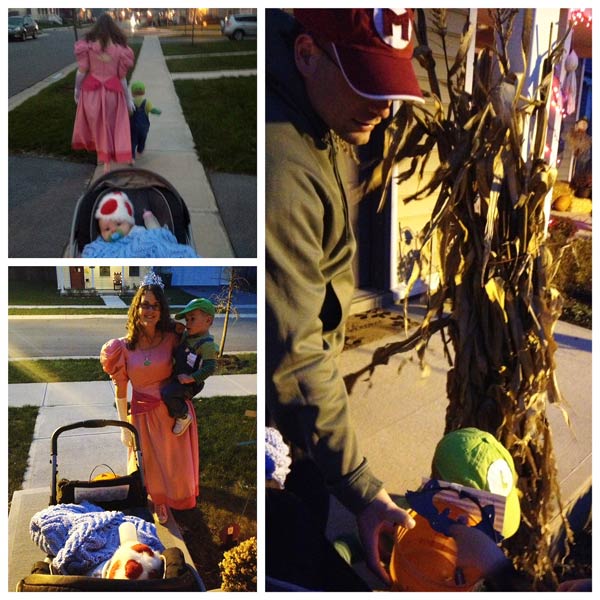 In typical toddler fashion, he tried to go INTO the first couple of houses that we visited, but he eventually got the idea that he was just supposed to talk to the people at the door. This concept was written in stone in his brain, I guess, because he was totally thrown off if someone was sitting on their front porch with a bucket of candy. He’d start to walk right past them towards the door, and I’d have to physically stop him and put him in front of the person giving out the candy, haha. END_OF_DOCUMENT_TOKEN_TO_BE_REPLACED