Whew. This year has been a whirlwind. Life has certainly been busy. Between all of the kids, speech & occupational therapy sessions, and my school work, I was a mess. And unfortunately, something had to give. For me, that something is usually this blog. In a matter of speaking, I gave up blogging for about five months. I thought about it, but that was all I could do. I appreciate your patience while things got dusty around here and while I don’t think my blogging break is over just yet, I did want to pop in and say hello.

Short version: I’m not going anywhere, but I’m still on a break.

Long version: At first, my step away from this space was simply due to necessity, but as the break became longer (and longer, and longer…) I really started to reevaluate what it was that I was doing here. A lot has changed since I started this blog back in 2010. I have two more kids, The Munchkin is now school aged, we’ve lived in three extra states since then… I mean, what is the same, really?! I started to give a lot of thought to what it meant to have a mommy blog with kids who’s friends might stumble upon it. At what point does my writing about their lives become something that could hurt them? I think I’ve helped by not using their names here, but in the day and age of kids calling their friend’s moms “Ms. [FirstName]” instead of “Mrs. [LastName]” how long will it be before someone thinks to Google me? Do kids even do that? I mean, obviously not at  six years old, but I’m sure that time will come soon enough. It’s a weird road for me to be on; I’ve always shared my life, but now… my life isn’t just my own. I still want to blog about my parenting journey, our outings, and about our life with autism, but I don’t want it to negatively impact my kids’ lives. Where is that line?

The Munchkin has made so much progress and moving to Alaska was the first time that we ever moved someplace where the people that we met didn’t know about his diagnosis. It was a strange thing. We made friends with a classmate of his (and his mom) that live near us, and she didn’t know about the diagnosis at first. We’re lucky that The Munchkin doesn’t have any tell-tale signs, like flapping or something, and that he’s still young enough that some of the sensory-seeking behaviors just seems like weird little kid things. So she didn’t know. I actually “outted” him when I told her about my blog. In the end it ended up being more than fine, but as The Munchkin continues to progress, I’m not sure what I owe him in regards to his privacy and this space. So I’ve been thinking. I still haven’t come to a decision.

I’m also going to start student teaching in the fall (Assuming I pass this Praxis math exam…cross your fingers for me; math isn’t my strong suit.) and I don’t know what parents will think of this blog. While I’ve never posted controversial stuff and have always kept my swearing to a minimum, I don’t know how my writing looks in the eyes of a parent. Any input on that front would be appreciated. Is it weird to be able to learn so much about your kid’s teacher’s personal life? Is that better? Is it worse? I don’t talk about politics, but what if someone reads something here that they find offensive? Could that be thrown back at me? That whole line of thought is a big question mark.

So yeah. Lots to think about.

For now, I’m going to keep thinking. The class I’m currently taking is kicking my butt (Although I have a grade of 99% and it’s more than half over! Praise hands emojis forever!!!) and I’m sure the next one will be more of the same, so I’m going to keep focusing on that. When I’m not at my computer, we’re usually out and about. Alaska is amazing in the summer you guys. I wish I had time to edit all of the photos on the regular and keep you updated, but it just isn’t happening right now. Maybe I’ll save them for winter so we can all have warm thoughts and mountains, haha. 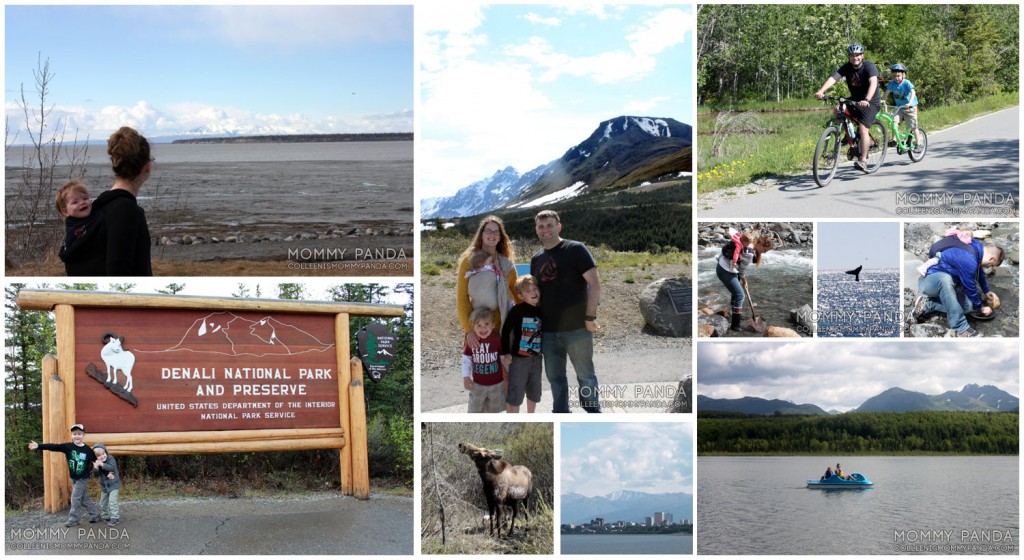 One thing I really miss doing is creating content. Not just posting about my life, not just posting cute outfits, but making stuff. Being creative. Taking pictures. Writing up tutorials. The stuff you find on pinterest. School really hasn’t let me do that and I miss it. I do plan on blogging all the kid’s birthday parties this summer, but unless I start working with a sponsor and post something with them, I’m not sure how much I’ll be able to pop in here.

So, until next time… get outside. It’s summer. Enjoy it. (John also got me into Game of Thrones now that summer TV is on, so um… get outside because WINTER IS COMING!!!)