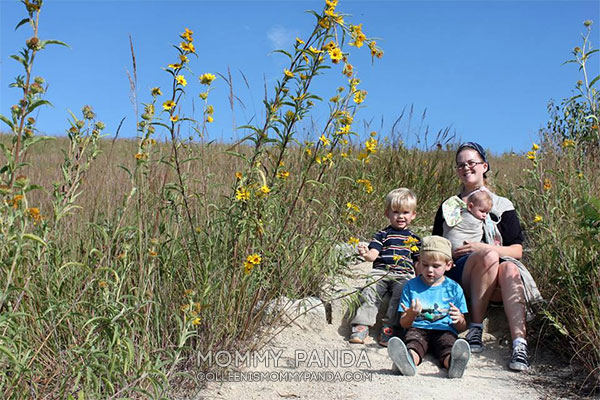 If you like going outside and you’re in the Flint Hills area of Kansas, I definitely recommend checking out the Konza Prairie. It was one of the things on my Kansas bucket list and we barely made it out there before sunflower season passed. As it was, the flowers that remained were a little sad. I would have loved to have seen it during the peak of the wildflower growing season. 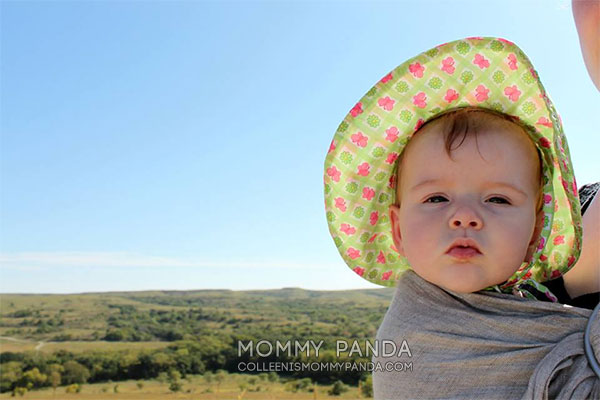 Even if the flowers were a little lacking, it was still a beautiful walk. There are a few trails you can take, but the kids and I chose the shortest one, which is about two miles long. The whole walk, with extensive photo stops, took us about two hours. (Super slow, I know.) 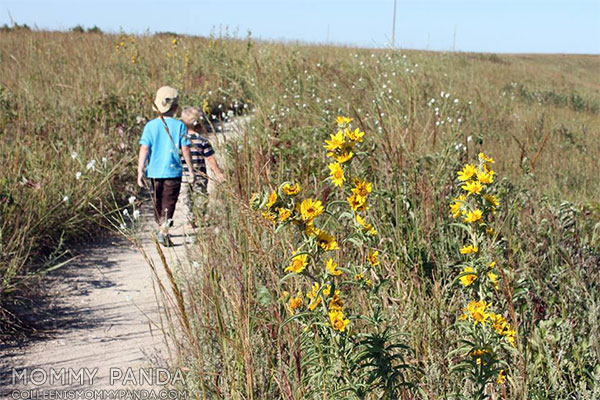 I think the time outside was good for the boys though. It forced them to get out into the sunshine, stretch their legs, and use their muscles. While getting them outside isn’t ever hard, it can be something of a challenge to keep them moving. The Munchkin is only motivated to run for periods of time when there is colored powder being thrust at him and The Bean is very quick to say “No, me tired.” at the smallest hint of exhaustion. (The only exception to that being indoor playgrounds. I don’t know why that makes a difference, but both boys could play forever on an indoor playground.) 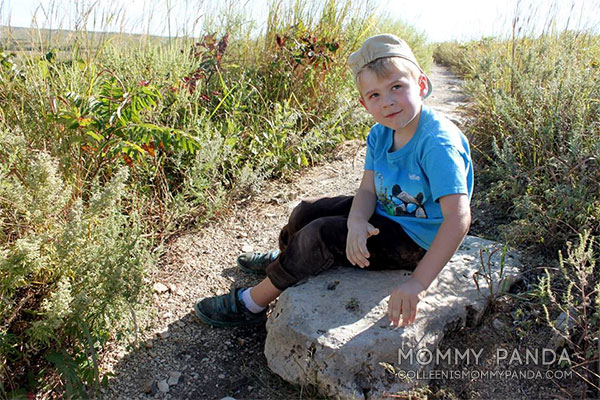 It was kind of an undertaking to do by myself, but John wasn’t feeling up for the walk that day and waited for us in the car. Haha, we actually took so long that he back-tracked up the trail, starting at the end, thinking that we’d gotten lost. We hadn’t, luckily, and he found us maybe five minutes from the end of the trail. There are signs marking the way, but it wouldn’t have been hard to accidentally choose the wrong way on some of the forks in the road. Keep that in mind if you make your way out there. It’s easy to get distracted by the expansive views. 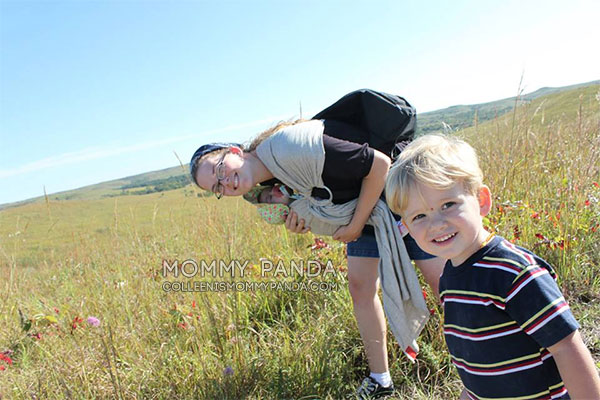 Lil’ Miss was good throughout the whole walk. At one point, we lost her headband, but some other hiker found it and happened to catch up to us while we were taking some photos. I guess there weren’t a lot of baby girls on the tails that day, haha. I guess it fell off while I was adjusting her sun hat. That hat was super important though. The sun was really bright and her sun hat kept her in the shade. She even fell asleep at one point. Gotta love that babywearing sleepy dust! 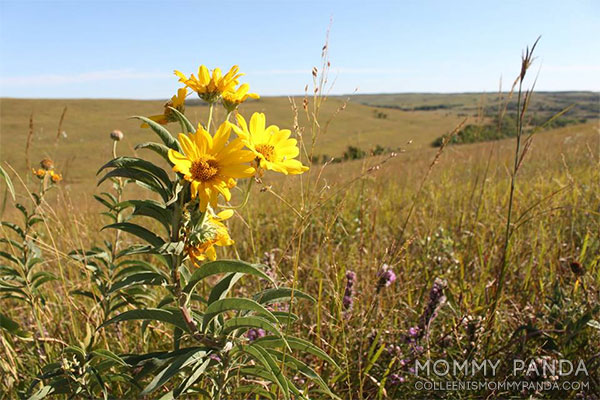 If I try another hike with the kids by myself, I’m going to be a little more prepared. This was kind of an impromptu hike, but if I planned one, I would definitely bring hats for everyone, sun block, water, and snacks. The Bean got so thirsty that he gave up at one point. Just sat on the ground and refused to move. Luckily, it was near that “five minutes to the end” point where John found us. Otherwise, I would have had to carry him in the ring sling (He *just* fit within the weight limit back then!) while carrying Lil’ Miss in my arms and keeping The Munchkin going along the trail. It would have been a mess. So yeah. Pack water next time, at the very least. 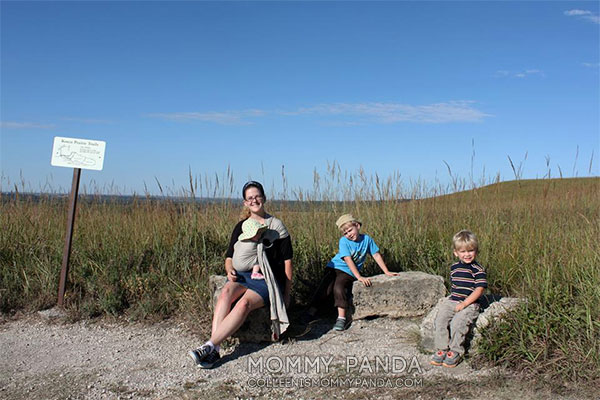 Overall though, I’m really glad that we made a point to take a slow day and make something of it. Kansas has some beautiful weather and it’s so much better to go outside and enjoy it over admiring it from inside somewhere! 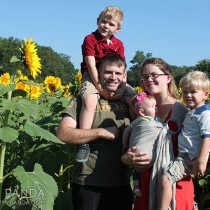 One of the items on my Kansas bucket list was to see the sunflower field at Grinter Farms. I found out about it last year, but wasn’t able to go. (And my local attempt didn’t turn out too great…) John... END_OF_DOCUMENT_TOKEN_TO_BE_REPLACED 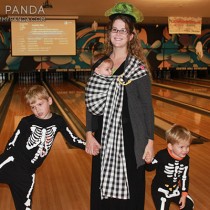 I was sent this sling at a discounted price in exchange for this post and some social media shares. All opinions and thoughts below are my own. One of our favorite ways to spend our last few weekends in Kansas was... END_OF_DOCUMENT_TOKEN_TO_BE_REPLACED